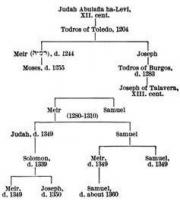 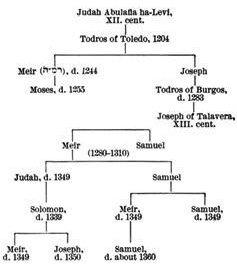 He was the scion of a wealthy and scholarly family, the son of Todros ben Judah, to whom the physician Judah ben Isaac dedicated his poem, The Conflict of Wisdom and Wealth, published in 1214.

In his 30s, he was already one of the three appointed rabbis on the Toledo Beth Din (one of the other two was Joseph ibn Migash's son, Meir). As the Spanish kings gave the Jews more self-rule, Rabbi Abulafia played a substantial role in establishing ritual regulations for Spanish Jewry. He was also the head of an important yeshiva in Toledo. He was so highly esteemed in Toledo that on his father's death in 1225 the latter's honorary title of Nasi (prince) was applied to him.

He is well known for beginning the first Maimonidean Controversy over the Mishneh Torah while the Rambam (Maimonides) was still alive. Outraged by Maimonides' apparent disbelief in physical resurrection of the dead, Abulafia wrote a series of letters to the French Jews in Lunel. To his shock and disappointment, they supported the Rambam. Thirty years later, when controversy erupted over the Rambam's Guide for the Perplexed and the first book of Mishneh Torah, Rabbi Abulafia refused to participate. Rabbi Abulafia was also opposed to the study of philosophy.

Rabbi Abulafia was a prolific author. He wrote a huge book of novellae on the Talmud, entitled Peratei Peratin (Detail of Details). It followed the style of the Rif and was clearly influenced by Hai Gaon, Sherira Gaon, Joseph ibn Migash, Rashi, and Rambam. The only sections of this work that are extant are the parts on Tractates Bava Batra, Sanhedrin, Kidushin, and the part on the fourth chapter of Tractate Gittin, each of which are known as Yad Ramah ("The Upraised Hand"—a play on the acronym Ramah).

Ramah discussed every minute detail of each topic, whether directly related or only peripheral, arising in the course of Talmudic discussion, generally including a summary of the main points at the end of the discussion. He wrote it in Talmudic Aramaic, sometimes making it difficult to understand. His work had a great influence on Asher ben Yechiel, who, in turn, influenced his son, Jacob ben Asher. Thus, Rabbi Abulafia's legal insights made their way into the Tur.

He also penned Halachic responsa in Aramaic, and wrote a commentary on Sefer Yetzirah, entitled Lifnei v'Lifnim. Rabbi Abulafia is credited with writing the authoritative Torah scroll for Spanish Jewry. Scholars came from Germany and North Africa to copy his master copy. He also wrote an authoritative book of regulations about Torah-writing, called Masoret Siyag La-Torah.

His poem "A Letter from the Grave" is famous because it is a letter he wrote to his father in the name of his sister when she died. It was meant to inform him of her death and comfort him. She died on the Sabbath on the tenth of November 1212.

May the merit of the tzadik Rabbi Meir Abulafia protect us all. Amen