Rabbi David Kapach (c. In Hashvan, November 4, 1891 - November 2, 1918), one of the leaders of the Dor Deah Society in Yemen, the son and disciple of Rabbi Yahya Kapah and the father of Rabbi Yosef Kapah. 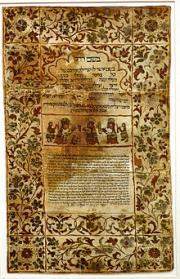 Rabbi David Kapach (c. In Hashvan, November 4, 1891 - November 2, 1918), one of the leaders of the Dor Deah Society in Yemen, the son and disciple of Rabbi Yahya Kapah and the father of Rabbi Yosef Kapah.

His life
Childhood and youth
David, the sixth son of Rabbi Yahya Kapah was born in Sana'a, the capital of Yemen. Years of his older brother died of starvation in 1905, with famine known as the "Huzat Elenfar ".

He studied with his father Torah (including Talmud and Maimonides) as well as sand studies, including grammar and feature sciences (astronomy). Containing nine counts.

At the age of 16, in David's father, David married Natra daughter of Rabbi Yechia son of Rabbi Suleiman son of Rabbi Salem Saleh. The couple had several children who died in their infancy. Their only surviving son was Rabbi Yosef Kapah, who was born in Kislev in the 19th century (November 27, 1917).

The peak of the controversy in Yemen and its last years

During the last years of Rabbi David, the controversy between the Dardaym and the stubborns in Yemen reached its peak. Many young people from the "Dor Deah" Movement were arrested, according to lists provided to police. In one of the detention waves, about ten members, including Rabbi David, were arrested while eating a Sabbath meal.

Subsequently, the authorities were prohibited from holding prayers in private homes, and the new synagogues were closed. The Dor Deah group stopped its prayers at the home of R. Mansoura, but continued in an underground study together.

During the 1918 war, other arrests began, with Rabbi Yahya Kapah, who was then 70 years old, and his son, Rabbi David, arrested.

(They claimed that the beating was done at the request of the Jewish submissives) and that one of the butt one of the guns, severely damaged Rabbi David's ribs, causing him a great deal of damage which became worse until he died.

During the months of his deathbed, Rabbi David continued to copy manuscripts of Torah literature more extensively, until he passed away on November 2, 1918, at the age of 27 years old.

After Rabbi David's death, his wife continued raising their son Yosef until she also died in 1924. From then on, young Joseph, his aunt Saada and Shchi, the sister of Rabbi David his father, cared for his grandparents.

In 1934, Rabbi Yosef married blessing and their eldest son, born in 1936, named David, his grandfather.

May the merit of the tzadik Rabbi David Kapach protect us all. Amen