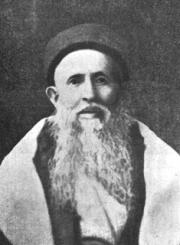 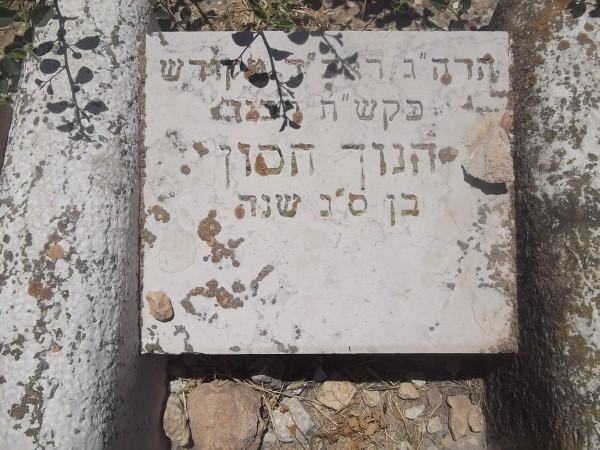 biography
Hasson was born on May 22, 1867 to Mordechai, a wealthy merchant from the city's who was involved in the "kollelut", and to Rebecca in Hebron. Hasson was educated at city meetings, and at the age of 15 became known as a proficient in Shas.

For several years Hasson taught Talmud Torah of the Sephardic community. In 1900 he went on a mission to collect money in the Diaspora and on his return he was elected a member of the court in Hebron and became the "right-hand" man of Chief Rabbi Chaim Hezekiah Medini. Hasson, among other things, also proofread and printed parts of Madini's book, "Sdei Hemed" and even wrote the introduction to the book.

After Medini's death in 1905, Hasson was appointed father of a court of the Spanish community.

In 1920, he was elected as a member of the Sephardi Histadrut, and distributed the Zionist shekel.

Hasson worked extensively for the Jewish community in the city, specialized in researching its history and collected ancient documents. Following his fondness for Hebron, he refused to leave despite his sons' pleas to join them in Jerusalem, claiming that "leaving the city will diminish its settlement."

On August 24, 1929, Hasson and his wife Clara were murdered in their home during the Hebron massacre and his manuscripts were burned.

May the merit of the tzadik Rabbi Hanoch Hasson protect us all. Amen