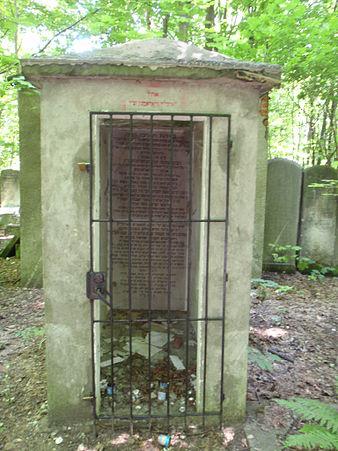 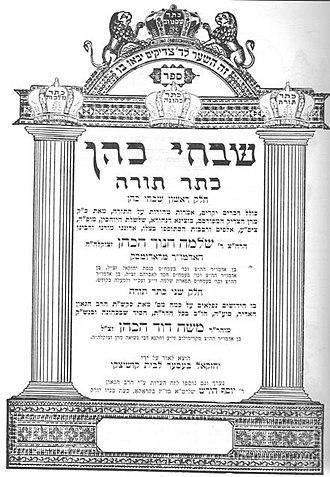 Rabbi Shlomo Chanoch Hakohen Rabinowicz (also spelled Rabinowitz, Rabinowich, Rabinovitch) (1882 – 1 August 1942) was the fourth and last Rebbe of the Radomsk Hasidic dynasty. He was the eldest son of the third Radomsker Rebbe, Rabbi Yechezkel Hakohen Rabinowicz and great-grandson of the founder of the dynasty, Rabbi Shlomo Hakohen Rabinowicz, the Tiferes Shlomo. Under his leadership, Radomsk grew to be the third largest Hasidut in Poland, after Ger and Alexander. Rabinowicz built a network of 36 yeshivas across Poland and Galicia that enrolled over 4,000 students by 1939. He was murdered in the Warsaw Ghetto together with his entire family.

Shlomo Chanoch Rabinowicz succeeded his father as Rebbe upon the latter's death in 1910. He was a dynamic and charismatic leader. Thousands of Hasidim attended his court on Shabbat and Jewish holidays. On the eve of World War II, Radomsk was the third largest Hasidut in Poland, after Ger and Alexander. In Kraków, there were more Radomsker shtieblach (small houses of prayer and study) than Gerrer shtieblach. The Rebbe considered himself a Hasid of the Chortkover Rebbe.

The Rebbe was quite wealthy. He owned a glass factory and homes in Berlin, Warsaw, and Sosnowiec, where he lived after World War I. He also amassed a huge personal library of old manuscripts and prints, which was said to be the second-largest private library in Poland after that of the Gerrer Rebbe.

Although he suffered from diabetes like his father and grandfather, and both of his predecessors had died of complications from diabetes at the age of 48, his life was extended by the discovery of insulin in 1921

World War I uprooted hundreds of thousands of Jews and decimated established communities. Traditionally, Hasidic youth had learned Torah from their elders and picked up the customs and lore of their Hasidic groups in the shtiebelach of Poland and Galicia. Now the Radomsker Rebbe proposed a new method of Hasidic education. On Lag B'Omer 1926, he announced his plan to establish a network of yeshivas called Keser Torah (Crown of Torah). Soon after, eight yeshivas were opened in Będzin, Podgórze, Chrzanów, Wolbrom, Oświęcim, Częstochowa, Łódź and Kraków. Though Hasidic in nature, the yeshivas did not promote Radomsker Hasidut, nor did they staff only Radomsker Hasidim. Each yeshiva had its own rosh yeshiva and initially studied its own Talmudic tractate; later, all the yeshivas studied the same tractate at the same time. The Rebbe paid for the entire operation, including staff salaries, food, and student lodging, out of his own pocket.
At the same time, the Rebbe established Kibbutz Govoha in the city of Sosnowiece exclusively for high-level students and avreichim (married students) and appointed his son-in-law, Rabbi David Moshe Hakohen Rabinowicz (1906–1942), a brilliant Torah scholar, to head it. Rabbi David Moshe also served as rosh yeshiva of the entire Keser Torah network, monitoring students' progress, delivering shiurim, and administering the end of the semester tests. By 1930, nine yeshivas and the kibbutz were functioning. Over the following decade, more yeshivas were added. On the eve of World War II, there were 36 Keser Torah yeshivas enrolling over 4,000 students in Poland. The yeshivas were disbanded after the German invasion of Poland in 1939, and most of their students were murdered in the Holocaust.

When war broke out, the Rebbe was in Lódź. His Hasidim completed arrangements to fly him to Italy by mid-1940, but he refused, saying, "I want to be with all the Jews". The Rebbe eventually escaped to Alexander, but from there was most likely sent by the Nazis into the Warsaw Ghetto.
The Radomsker Rebbe was one of the prominent Hasidic Rebbes incarcerated in the Warsaw Ghetto; others included the Piaseczner Rebbe; the Alexander Rebbe, the Sochatchover Rebbe, the Krimilover Rebbe, and the Strickover Rebbe. Rabinowicz was registered as a worker in the Shultz factory. Notwithstanding the danger, he refused to shave off his beard.
The Rebbe's son-in-law, Rabbi David Moshe Rabinowicz, gave regular shiurim in the Warsaw Ghetto, and also composed many chiddushim (novel Torah thoughts) which his students recorded. All of these chiddushim as well as the sefarim he had written previously were lost in the war.

The Rebbe and all the members of his family, including his only daughter, son-in-law, and their infant son, were killed during the aktion of 1 August 1942. When the Nazis stormed his house with the intention of deporting its residents to the Chelmno extermination camp, the Rebbe refused to leave, saying, "I know you've come to kill me. I prefer to die here in my house and not in a car filled with poison gas". He then recited the Shema Yisrael and was shot in the head when he reached the last word, Echad (One). His family members were shot together with him. They were buried in a mass grave in Warsaw's main cemetery.
With the Rebbe's death, the father-to-son lineage of Radomsker rebbes came to an end. The Rebbe's brother, Rabbi Elimelech Aryeh Hakohen Rabinowicz, died in the Mauthausen concentration camp. In 1965, however, a descendant of the Radomsker dynasty, Rabbi Menachem Shlomo Bornsztain of Sochatchov (his grandfather, the second Sochatchover Rebbe, Rabbi Shmuel Bornsztain, married the granddaughter of the first Radomsker Rebbe, Shlomo Rabinowicz) was asked by the Radomsker Hasidim who had survived the Holocaust to become their Rebbe as well. After consulting with leading rabbis, Bornsztain officially became known as the Sochatchover-Radomsker Rebbe. After Bornsztain's death, his eldest son Rabbi Shmuel Bornsztain, became sixth Sochatchover Rebbe, and another son, Avrohom Nosson Bornsztain, was appointed as Rav of the Radomsker Shul in Bnei Brak.
After the war, a Polish-born American rabbi named Chaskel Besser, whose father had been an advisor to the Radomsker Rebbe, compiled the Torah teachings of Rabbi Shlomo Chanoch Rabinowicz and his son-in-law, Rabbi David Moshe Rabinowicz, into the sefer Shivchei Kohen ("Praise of the Priest").

May the merit of the tzadik Rabbi Shlomo Chanoch Hakohen Rabinowicz protect us all. Amen