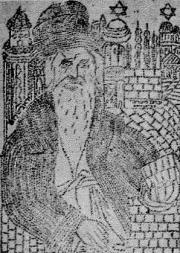 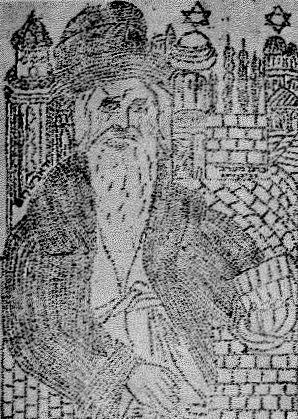 Popularly known as the Shiniaver Rebbe.

Yechezkel Shraga, eldest son of the eminent chassidic master Rabbi Chaim of Tzanz, showed great promise even as a young boy. The Chozeh of Lublin predicted that he would "illuminate the world." As he grew up he became an ardent follower of Rabbi Asher of Ropshitz, and a chassid of Rabbi Tzvi Hirsh of Rymanov, Rabbi Shalom of Belz, and Rabbi Meir of Premyshlan. After serving as Rabbi of Razla, he was appointed in 1856 to the rabbinate of Shiniava, where he remained until 1867, when he was chosen as Rabbi of Stropkov to succeed Rabbi Chaim Yosef Gotlieb who had died that year.

In the summer of 1869, Rabbi Yechezkel Shraga traveled to Eretz Yisrael where he remained for 18 months. In 1881, when he again accepted the rabbinate of Shiniava, that community entered an era of remarkable spiritual growth. The Shiniaver Rav drew chassidim from the entire region, and his opinions were sought by individual petitioners as well as rabbis and communal leaders. He was one of the founders of Machzikei Hadas, an organization dedicated to defending traditional Judaism against the onslaughts of the Haskalah ("Enlightenment") and secularist movements.

He was first and foremost a halachist and an ish emet, undaunted fighter for the truth. His miraculous healing powers, rooted in his piety and vast knowledge of Torah, attracted thousands of loyal chassidim. He gained the veneration of the most prominent rebbes of his time, becoming, in the words of the Rabbi of Munkatch, "a Rebbe of Rebbes." His collected thoughts on the Torah, festivals, and Mishnah, and some selected responsa, accompanied by a biography, were published under the title Divrei Yechezkel.   The work mirrors the Shiniaver's character, a fusion of Halachah and Chassidut, discipline and kindness, dominated by a relentless search for the truth.

The Mitzvah of Sukkah

The mitzvah of sukkah is a particularly exalted mitzvah. All other mitzvot you perform with only one part of your body, whereas the mitzvah of sitting in the sukkah involves your entire body.    (Divrei Yechezkel)

When you take a census of the Israelites to count each one separately, each shall give an atonement offering for himself, that no plague may come upon them when they are counted. (Exodus 30:12)

Rabbi Yechezkel Shraga: Each shall give - The Hebrew word for "each shall give" is venatenu, spelled vav, nun, tav, nun, vav. It is a palindrome, a word spelled the same forward and backward. It teaches you that whatever you give for charity will be returned to you. You will not lack anything for the charity you donate. The more you give, the more you shall receive in return.  (Divrei Yechezkel)

May the merit of the tzaddik  Rabbi Yechezkel Shraga of Shiniava protect us all, Amen.