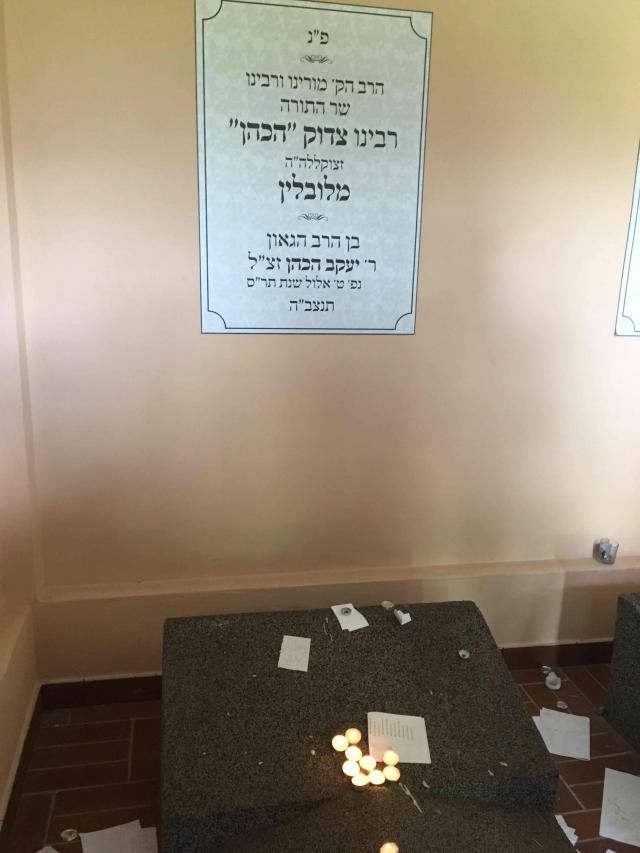 Rabbi Tzadok HaKohen, one of the most influential thinkers of the chassidic movement, was born into a family of rabbis. His father Rabbi Yaakov HaKohen, served as the rabbi of Kreisberg. Even as a young man he gained widespread acclaim as an illuy, a brilliant talmudist, and as a result he received difficult halachic queries (she'eilot) from far and wide and corresponded with such luminaries as Rabbi Yitzchak Elchanan Spector of Kovno.

For his first twenty four years he studied only nigleh, the revealed aspect of Torah., which includes Talmud and Halacha. The year 1847 was a turning point in his life, and from that time until the end of his life his writings dealt only with nistar, the concealed parts of the Torah - kabbalistic, mystical themes.

Despite the urgings of many communities, Rabbi Tzadok refused to accept any rabbinic post for most of his life. Living from hand to mouth, he eked out a living by running a small used clothing store.

Rabbi Tzadok was a chasid  of Izbitz and a close friend of Rabbi Yehudah Leib Eiger. Upon the death of Rabbi Eiger in 1888, he agreed to take over the leadership of the chasidim. Rabbi Tzadok was a prolific writer whose works made an enormous impact with their profound thoughts. He wrote Pri Tzadik (reflections on Torah and the festivals), Resisei Laylah, Kedushat Shabbat, Machshevot Charutz, Dover Tzedek, and other works.

A Jew should never give up, neither on material things nor in regard to spiritual matters. Even if you are mired in a morass of immorality, don't be despondent thinking that you'll never be able to extricate yourself. For a Jew there exists no such thing as despair. God has countless ways of helping you.

As a matter of fact, the entire Jewish nation was founded on a seemingly hopeless situation. Avraham and Sarah were well on in years, and no one would have believed that they still would have children. Sarah - who certainly believed that everything is within God's power - doubted the angel who announced the birth of a child to her. Indeed, God could have given them a son at an earlier age. Why did He perform an unnecessary miracle?

It was God's design that the Jewish nation should be established on the notion of "believing in the impossible," that a Jew should never despair but believe that God can always help, that nothing is too difficult for God. (Divrei Sofrim 16)

May the merit of the tzaddik Rabbi Tzadok HaKohen of Lublin  protect us all, Amen.