Talmudist and ethicist. Student of The Vilna Gaon. 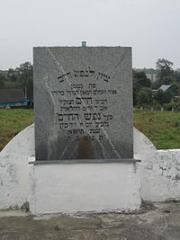 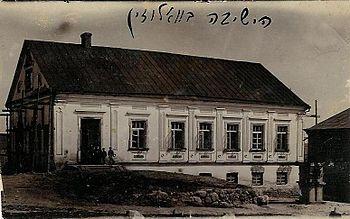 One of the most prominent disciples of the Vilna Gaon, Reb Chaim Volozhiner established the Yeshivah of Volozhin. It endured for more than 100 years, becoming the mother of all Lithuanian yeshivas. He continued to teach the Vilna Gaon's study method of penetrating analysis of the talmudic text, seeking to elicit the intent and meaning of the writing of the Rishonim - the early commentators. This approach was followed by all the great Lithuanian yeshivas, such as Slobodka, Mir, Kelm, Klezk, and Telz.

His major work is Nefesh HaChaim. It reflects the saintly purity of his character, his greatness in Torah, and his profound wisdom. Its purpose is "to implant the fear of G-d, Torah, and pure worship into the hearts of the upright who are seeking the ways of G-d." In his Nefesh HaChaim he emphasizes the power of Torah study and fulfillment of mitzvot to bring a Jew close to G-d. In a famous section of that work, he takes issue with those (an obvious reference to Chassidim) who see dveikut, or cleaving to G-d, as a prerequisite to fulfillment of mitzvot.

While the layman is forbidden to perform the actions of the Cohen and Levite in the physical Temple, he is by no means forbidden to perform their spiritual counterparts. Indeed, Rabbi Chaim of Volozhin,  writes in the following quote from his Nefesh HaChaim (gate 1, chapter 4) that the layman Jew is supposed to perform the spiritual counterpart of the physical Temple service. This is the responsibility and duty of every Jew. "Do not think that the purpose of the building of the tabernacle (was for the sake of) having an external building. Rather, know that HaShem's desire and purpose (in the building of) the tabernacle, and all its vessels was to hint to us that we should observe them and learn that (like the tabernacle vessels), it is we ourselves that are to be the tabernacle (of the Shekhina).
We, by our admirable actions must be a tabernacle, full of all its vessels, all being holy, worthy, and ready to have the Shekhina dwell within us specifically. This is the meaning of the verse, "Make for Me a tabernacle, and I will dwell within them" (Shemot 25, 8). "Within them" specifically, for as HaShem has shown us the order of the building of the tabernacle, so should we learn, and make ourselves to be the tabernacle of HaShem." 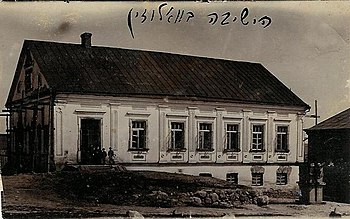 Rabbi Chaim of Volozin, explains this idea by a parable about a child seriously ill and plunged in a deep sleep. The doctors warn the father that if sleep continues, the worst can happen and that everything has to be done to keep the son awake. The father uses several means to disturb his sleep. He first removes his pillow, then he replaces his soft bed with a hard couch. Since this causes only a momentary awakening of the child followed by a new deep sleep, the father starts to take more radical measures to an extent of even torturing him by laying him on a bed of thorns. The suffering of the father who, out of love for his son, has to act with cruelty, is not less than that of the son. Once the latter is healed, he will redouble his love and attachment to his father, in gratitude for the sufferings he made him endure to save him.

Rabbi Chaim of Volozin wrote a commentary on Tractate Avot, entitled Ru'ach Chaim, and a collection of responsa under the title Nishmat Chaim. Nefesh HaChaim became the most widely studied text in the Mussar yeshivas.

The ever-increasing number of great yeshivas in America, England, and Israel are carrying on the tradition of Volozhin. They are a living testimonial to its illustrious founder, Reb Chaim Volozhiner.

May the merit of the tzaddik Rabbi Chaim of Volozhin, protect us all, Amen.