Rabbi Yehoshua Heshil (known as Shlomo's Defender Hebrew מגיני שלמה of the Book, or Rabbi Yehoshua Harif, Vilna Shalom,  was the rabbi of Poland and Lithuania. The Beit David dynasty 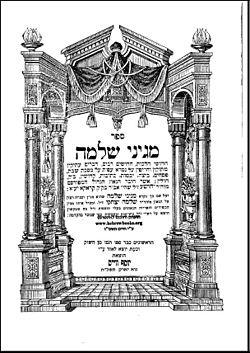 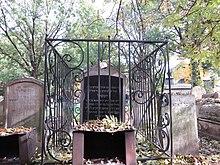 Rabbi Yehoshua Heshil (known as Shlomo's Defender Hebrew מגיני שלמה of the Book, or Rabbi Yehoshua Harif, Vilna Shalom,  was the rabbi of Poland and Lithuania. The Beit David dynasty

Joshua Höschel ben Joseph was a Polish rabbi born in Vilnius, Lithuania about 1578 and died in Cracow on August 16, 1648. In his boyhood, he journeyed to Przemyśl, Red Ruthenia, to study the Talmud under Rabbi Samuel ben Phoebus of Cracow. He returned to his native country, and continued his Talmudic studies in the city of Włodzimierz (Volodymyr, Volhynia) under Rabbi Joshua Falk. After his marriage to the daughter of Rabbi Samuel of Brest-Litovsk, he became rabbi of the city of Grodno, whence he was called to the rabbinate of Tiktin (Tykocin), and later to that of Przemyśl. In 1639 he became rabbi of Lemberg (Lviv, Ukraine) and in the following year he was appointed head of the yeshiva of Cracow. At Cracow Joshua devoted all his time to matters pertaining to the yeshiva, din (law), and religious decisions. As he was a man of wealth, he accepted no salary for the services he rendered to the Jewish community of Cracow.

Joshua was one of the most eminent Talmudic analysts of his age. Like many of his learned contemporaries, Joshua had a taste also for the Kabbalah, but he did not allow mystical teachings to influence his halakhic decisions. On account of his extensive erudition in Talmudic literature, the number of his pupils at the yeshivah constantly increased. Many of them became noted rabbis. Among his students was Rav Shabbatai HaKohen (1621–1662), also known as The Shach, one of the greatest commentators on the Shulchan Aruch.

Maginne Shelomoh (Amsterdam, 1715), novellae on various tractates of the Talmud, in which the author attempts to refute the strictures made by the schools of the Tosafists on the commentaries of Rashi.
She'elot u-Teshubot Pene Yehoshua', Amsterdam, 1715; Lemberg, 1860.
Other works of his are still in manuscript.

May the merit of the tzadik Rabbi Yehoshua Heshil protect us all. Amen