Prophet, brother of  Moshe Rabeinu (Moses) and Miriam the Prophetess, the first Kohen Gadol (High Priest). The chariot for the Sephirah of  Hod. 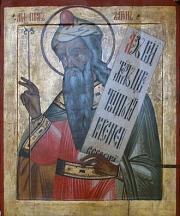 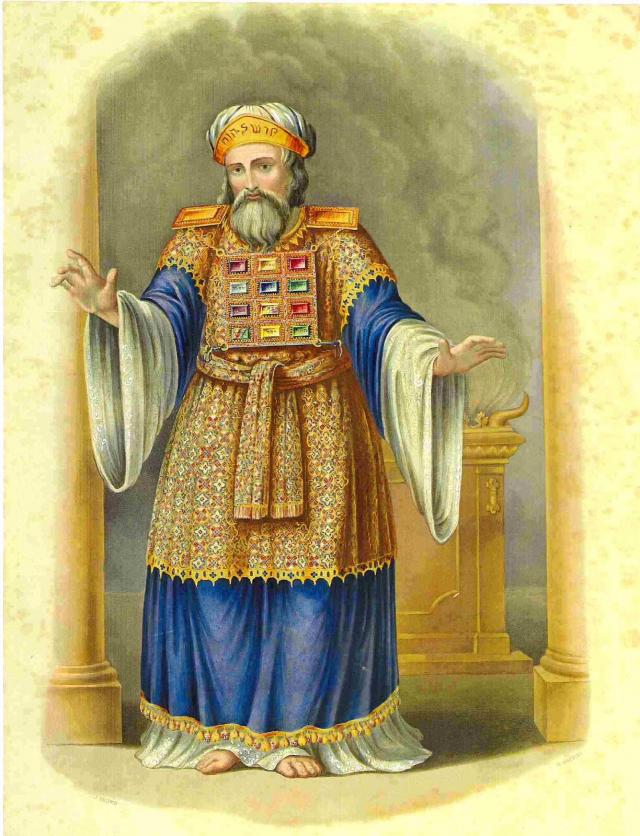 Prophet, brother of  Moshe Rabeinu (Moses) and Miriam the Prophetess, the first Kohen Gadol (High Priest). The chariot for the Sephirah of  Hod.

The Ari says that Aharon HaKohen, was Haran (brother of Avraham Avinu) in his previous life. Haran (same letters as Aharon, without the Alef) had to correct an element of idol worship committed by Adam, but he failed. As Aharon he should have also sacrificed his life, like Chur ben Miriam did, in order to stop the sin of the "Golden Calf" from taking place, in order to do a correction concerning idol worship. Mistakenly, he thought that Chur's death accomplished that.  (Sha'ar HaGilgulim p. 95, 114)

Though all of his intentions had been pure, trying only to hold off the Erev Rav (Mixed Multitude) long enough to give Moshe a chance to return to the camp and restore order, still, it had been his hand that had worked the gold.   Aharon's was punished for his mistake, to lose all his four sons. Moshe prayed for him and succeeded in saving two of them.

There were seventy small courts over which Aharon was appointed (Zohar 3:20:1).

The merit of Moses and Aharon was enough to redeem Israel (Shemot Rabbah 15:3).

He loved peace and pursued it, loved people and drew them close to the Torah (Avot 1:12).

Aharon never said to a man or woman, "You have sinned". Moses, however, rebuked them (Sifra Shemini 1).

When Aharon went on his way and a wicked person encountered him, Aaron greeted him. The next day, that man wanted to commit a sin, but thought, "Woe is to me! How will I raise my eyes afterwards and look at Aharon? I am ashamed before him, for he greeted me" (Avot d' Rabbi Natan 12:3).

There were thousands in Israel who were called by the name of Aharon, for if not for Aaron, they would not have come into the world. Aharon made peace between husband and wife so that they came together, and they named the child that was born after him (ibid. 12:3).

Aharon tied a rope of iron about his waist and went around to all the houses of Israel. To whoever was ignorant he taught Kriat Shema and prayer, and to whoever could not learn Torah he taught Torah (Tanna d'Bei Eliyahu Rabbah, ed. Meir Ish Shalom).

When Moses spoke, Aharon would bend his ear to listen in awe, and Scripture considers it as if he heard directly from the Holy One, Blessed is He (Mechilta Bo 3).

May the merit of the tzaddik  Aharon HaKohen  protect us all, Amen.