Rabbi Shimon reveals the secret of the process that will lead to the coming of Mashiach. Moses will wake up from his sleep to open the gate for Mashiach to come down to us.

This process may have already started and it has probably brought the establishment of the state of Israel and the beginning of the gathering of the Israelites from all the nations. In recent years we hear about Israelites from little or big places around the world that find their ‘Jewish Soul” and come to Israel to make “Aliah” “עליה”, meaning “elevation”.
I heard of many Israelite souls coming from South America, Africa, China, and even among the Arabs in Israel where you can find few villages and families keeping some ancient Jewish traditions.

Isiah 11:12 “וְאָסַף נִדְחֵי יִשְׂרָאֵל; וּנְפֻצוֹת יְהוּדָה יְקַבֵּץ, מֵאַרְבַּע כַּנְפוֹת הָאָרֶץ” “and will assemble the dispersed of Israel, and gather together the scattered of Judah from the four corners of the earth” (read the whole chapter)

The declaration of Independence of Israel was made on May 14, 1948 Friday of Shabbat Kedoshim where we read 18 verses from the prophet Ezekiel 20. In 20:24 “וְהוֹצֵאתִי אֶתְכֶם, מִן-הָעַמִּים, וְקִבַּצְתִּי אֶתְכֶם, מִן-הָאֲרָצוֹת אֲשֶׁר נְפוֹצֹתֶם בָּם–בְּיָד חֲזָקָה וּבִזְרוֹעַ נְטוּיָה, וּבְחֵמָה שְׁפוּכָה.” “and I will bring you out from the peoples, and will gather you out of the countries wherein ye are scattered, with a mighty hand, and with an outstretched arm, and with fury poured out;”
God didn’t promise easy process and as we know the Arabs attacked Israel immediately after its declaration and the acceptance by the United Nations.

At the end of the declaration of the state of Israel we read;

“WE APPEAL to the Jewish people throughout the Diaspora to rally round the Jews of Eretz-Israel in the tasks of immigration and upbuilding and to stand by them in the great struggle for the realization of the age-old dream – the redemption of Israel.”

The last words of the declaration reads the redemption of Israel.  It was not written by Kabbalists nor by Bible scholars. It is just part of the divine plan. We are just working for the end of chaos around the world and this will happen when the Israelite will have peace in their home land.
Negativity will keep fighting to postpone this time until Mashiach appears.

The highest level of righteousness is to achieve a complete nullification of the desires for the self and not seek the pleasures of this world. He dedicates all his actions for the benefit of others.
This level is achieved with strong connection to the Holy Torah and the Zohar. This is mind and light over matter.

At this level, the negative side doesn’t ‘touch’ the physical body of the righteous. When the soul of such elevated being leaves the body he is considered as in sleep state.
There are many stories about graves that were opened and a complete body of a person found lying there even though he was burried there many years before. That soul will merit to be resurrected in its ‘old’ body and immediate rejuvenation.
The patriarchs and those righteous people are called “שוכני עפר”, “Dust dwellers”. They didn’t really die, their soul had left their body to return to it when the time comes.

Moses is sleeping at a higher place where no one knows. His soul can travel through time. In this Zohar Section, Rabbi Shimon addresses him in a present form to make him act NOW. That is why the code for the day of Mashiach is called “היום”, “Today”.
Let us pray that it will happen today, Amen. 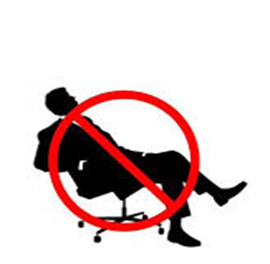 Special Zohar for the Death Anniversary of Moses