The Manna was not enough for the Erev Rav, they asked for meat and received it. Their negative side demanded connection to the lower levels, the Snake.

There are two aspects to flesh בשר. One aspect is with the energy of building and manifesting.
The other aspect is the opposite of the first one, שבר, which is the same letters in different order. This represents tearing down and lack.
The primordial Snake is also called בשר as in Genesis 6:13 “The end of all flesh is come before Me…”. The Snake came to God to point to the negativity of the generation in order that God will destroy them (The Flood).
Genesis 17:11 “And you shall be circumcised in the flesh of your foreskin;”. To purify the negative part of the flesh, God instructed Abraham to remove the foreskin that represents the Snake’s control over the body and the world of limitation.

In Isaiah 66:23 “…all flesh come to worship before Me…”. After the purification, all that were cleansed will be able to connect to the light.
In Isaiah 66:24 “..They shall be an abhorring unto all flesh…”. Those that were disconnected from the light will suffer.

God’s system does not punish the people, it is a simple reminder. If your refrigerator is plugged to the power grid, you can keep everything fresh inside but if you unplug it then don’t blame the power company for destroying your stuff.

The light of the creator is always ON. 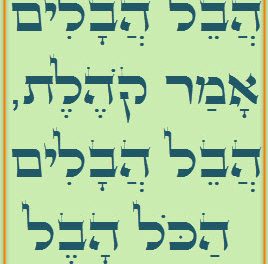