Click here to listen to the Daily Zohar [audio:https://dailyzohar.com/wp-content/uploads/audio/dz393.mp3|titles=Daily Zohar 393]

The Ten Utterances (aka The Ten Commandments) start with the word אנכי, which translates to “I am” and it has the numerical value of כסא, meaning ‘Throne’.

With this ultimate guide to life, God is telling us that there is a system and his throne is at the top of it.

Exodus 20:2 “אָנֹכִי יְהוָה אֱלֹהֶיךָ, אֲשֶׁר הוֹצֵאתִיךָ מֵאֶרֶץ מִצְרַיִם מִבֵּית עֲבָדִים: לֹא-יִהְיֶה לְךָ אֱלֹהִים אֲחֵרִים, עַל-פָּנָי”
“I am YHVH your God, who brought you out of the land of Egypt, out of the house of bondage. You shall have no other gods before Me.”

The simple and deeper meaning of the first law of the spiritual system is that there is only one God and we should not follow any other God. 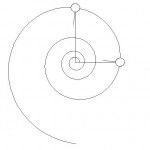 The first word has 4 letters. The first three אנכ, אנך, means perpendicular ,a straight line at right angles to another line (right angles measure ½π radians, or 90°). Also plumb line: a cord from which a metal weight is suspended pointing directly to the earth’s center of gravity; used to determine the vertical from a given point.

The light comes to the world transformed from circular to a line, which is אנך. As described by Kabbalists, it has the abbreviation of אורות ניצוצות כלים, Lights, Sparks and Vessels. The fourth letter of אָנֹכִי, י , is for the name YHVH and the 10 Sefirot that form the line of light coming down to us.

It is important to understand that there is only one God and one spiritual system. The Ten Utterances appear twice in the Torah, first in the revelation on Mount Sinai and the second is repeated by Moses in Deuteronomy. Both are the same and Moses chose to repeat so there will be no confusion in the future.

If any religion does not accept that there is one God and one system then they are wrong. If we understand that the Torah is the word of God then we must follow the teaching of it. The Torah did not say that God will change his mind or the rules in the future. The complete plan is revealed and sealed with the revelation of the Torah on Mount Sinai.

In the prophecy of Malachi we read in verse 6:3 ” כִּי אֲנִי יְהוָה, לֹא שָׁנִיתִי; וְאַתֶּם בְּנֵי-יַעֲקֹב, לֹא כְלִיתֶם”
“For I YHVH changed not; and you, sons of Jacob (Israelites), are not consumed.”

The Zohar says that Other Gods are the Negative system of the other side with Sama-el and the Snake.

All other explanations are ‘Cherry picking’ to serve personal taste and other agendas.

If you have the Bible and don’t see these facts then put it on eBay. You can make some money out of it.

There is only One God and One System

Daily Zohar # 2365 – Mishpatim – Prepare yourself for the gifts

Daily Zohar – Tikunim – # 923 – The balance between black and white