From Zohar Acharei Mot #22,23
Numbers 25:7
“וַיַּרְא, פִּינְחָס בֶּן-אֶלְעָזָר, בֶּן-אַהֲרֹן, הַכֹּהֵן; וַיָּקָם מִתּוֹךְ הָעֵדָה, וַיִּקַּח רֹמַח בְּיָדוֹ”
“When Phinehas the son of Eleazar, the son of Aaron the priest, saw it, he arose from the midst of the congregation and took a spear in his hand,”
The Zohar reveals here that the souls of Nadav and Avihu incarnated in Pinchas. Usually the Torahmentions the name of a person and his father. In the case of Pinchas, as we see above, the Torah adds the name of grandfather, Aaron, who is the father of Nadav and Avihu, Pinchas’s uncles.
The name Pinchas as the Zohar explains is constructed with a pair of names פן ‘Pin’ and חס ‘chas’, the additional Yod that was added to Pinchas name connected the souls of Nadav and Avihu in him.
Rabbi Elazar asks: “why two souls in one person?” and Rabbi Shimon answers that since they were not married they are considered as half souls and could reincarnate together in Pinchas with the supporting Yod.
There’s a lot to study about Pinchas who is immortal priest and healer. Pinchas transformed later to Elijah the prophet. In the following five studies we will study more about Pinchas and the contribution of great Tzadikim to our lives.
Pinchas never died and we can not light candles to connect to his soul but we can study the book of Pinchas to draw from the Light that he reveals in the world. As Elijah he supported Rabbi Shimon’s studies of the Torah. His immortal soul speaks to us from the Zohar pages. 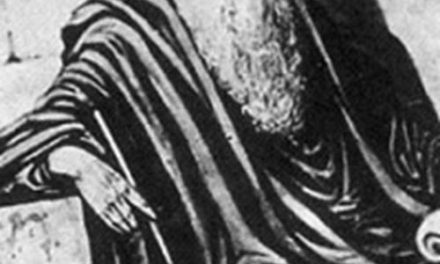