The scroll of Esther – With English, Spanish and Portuguese translations 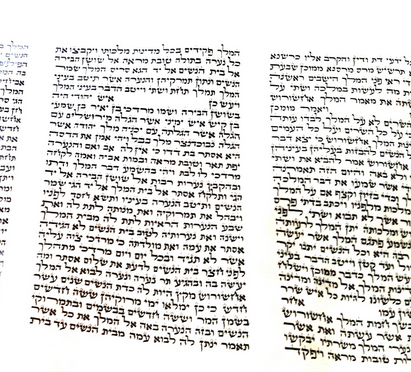 On Purim we read ‘Megilat Esther’, which translates to ‘the scroll of Esther’. The other meaning is ‘the revelation of Esther’. Esther is the aspect of the Shechina and Malchut that supported Mordechai and the Jews in ancient Persia revealing a great light that removed the judgment of the negative side. Haman in the Megilah represents the seed of Keter (Atik) of the Klipa. His 10 sons represent the 10 sefirot of the Klipa.

The miracle was revealed because of the unity of the people supporting Esther in her mission of breaking the Klipa.
The holiday of Purim helps us break our inner Klipa and it’s important to listen to the reading of the Megilah. If one doesn’t have a place of service to go and listen to the Megilah reading then he should do it individually during the Holiday.
It is important to give Tzedakah because of the aspect of saving life that is revealed through the Megilah. Click here to give Tzedakah

You can download a special version of the Megilah that we prepared with Hebrew and English translation.