Geiyah in Teruah, the sound of the Shofar that goes up and down and brings death by choking the female aspect of the negative side.

is Teruah that locks and restricts the power of negativity.

Makaf as in Tekiah is in the aspect of killing by spear.

are the sound of Shevarim that break the judgements of the left column and shatter them to pieces.

In Mount Sinai, the sound of the Shofar was the tool used to break all negativity before the heavens opened to reveal the Light of the Torah and give it to all people. 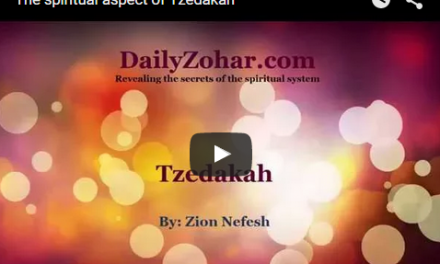 The spiritual aspects of Tzedakah and righteousness