Zohar Yitro
The previous study and the study below don’t synch with the Zohar paragraphs. I extended the studies with additional paragraphs to complete by tomorrow the Zohar study about face reading. Next year’s study of Yitro would be about reading lips.

#108
The holy spirit leaves a person that is far from Torah and doesn’t follow his correction process. The Holy Spirit is replaced with another spirit that looks temporarily on the face in the shape of an Ox. It can be seen by the wise who can read faces.

#109
There are three red grains on the right of his face and three on the left. They represent three embossed letters. One is like a small round tendon and two tendons above it. All in a circle shape. The eyes of this person are deeper in his head.

#110
The first letter is ‘כ’ and the other two are ‘רת’. These three letters implied in the first word of the verse below.
Isaiah 3:9
“הַכָּרַת פְּנֵיהֶם עָנְתָה בָּם וְחַטָּאתָם כִּסְדֹם הִגִּידוּ לֹא כִחֵדוּ אוֹי לְנַפְשָׁם כִּי גָמְלוּ לָהֶם רָעָה.”
“The expression of their faces bears witness against them, And they display their sin like Sodom; They do not even conceal it. Woe to them! For they have brought evil on themselves.”

If this person repents then the letters and tendons sink in and other letters are shown on his face.

#111
If he is from the seed of David then the shape that is shown first on his face is of a Lion, then transforms into an Ox shape. Also, two black tendons on his face one on the right and one on the left. The letters that are shown on this face are ‘ד’ and ‘ע’.

Lesson;
The Hebrew letters are the forces that created this world. When we read “And God said let there be….” It was with the expression of the Hebrew letters. Adam gave names to everything created by God and by that he connected life-force into everything created in nature. That is why we give names to everything we see and discover.
The essence of everything can be known from the name given to it, including the names of people. Righteous people on a high level can read the letters on the face and know the ‘story’ of a person. The Holy Ari was able to ‘speak’ to all living creatures because on the spiritual level, they all connected with the Hebrew letters. He didn’t have to tweet with a bird or Moo with a cow, but on the spiritual level, he could read the thoughts of the animals and could communicate with them.
We have a better spiritual connection with people that we love and especially if we live together with them. In many cases, we can read their thoughts and know what they need, even without saying a word. 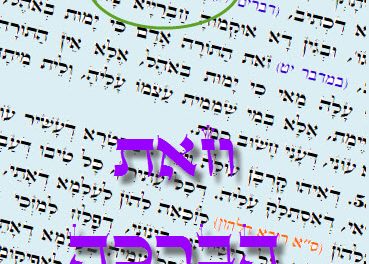