Click here to listen to the Daily Zohar [audio:https://dailyzohar.com/wp-content/uploads/audio/dz399.mp3|titles=Daily Zohar 399]

Malchut is like the moon. It doesn’t have light of its own and has two sides, the side that receives and reflects the light and the dark side.

When we pray, our meditation should be with the consciousness to draw the light and to share it with the whole world.
Israelites are also the aspect of the moon. They are scattered all over the world and for their tikkun process they should be like a solar energy cell. Draw the light and channel it to their community and the rest of the world.

If you are not Jewish and attracted to this knowledge then you definitely have an Israelite soul. Now that you aware of it you have the responsibilities that the Torah put on us. You cannot be saved by putting money in the basket. Your actions count.

Our meditation to draw the light should be from where the light comes to the world. This source is above the Temple Mount in Jerusalem that is in the Holy land. This land was described as ארץ זבת חלב ודבש, the land that “drips Milk and Honey”. The last letters of the last three words make the word שבת.

What’s the meaning of Shabbat?

Going against the Holy Land and what it represents is like attacking the power source of the world. The greater the hurt and pain inflicted on the Holy Land and those that channel the light to the world, the more it negatively affects the world and it brings darkness, limitation and destruction everywhere.

The world’s interest is to support Israel to benefit from the light that comes from there. Israel can never and will never be destroyed. There are and will be struggles to hold the land but it will never ‘change ownership’.

Every empire that tried to control the land lost its powers and soon after their temporary hold of the Land they turn to be just pages in the history books.

Why Milk and Honey?

A farmer will not kill the cow that provides milk and sustenance for his family. He also won’t destroy the bee hive after harvesting the honey. The whole world wants the spiritual ‘Milk and Honey’ that comes from this land. On the same consciousness level, the whole world knows how important Jerusalem and the Holy Land are.

The Milk and Honey are products that have the energy of sharing and continuation. It comes from living creatures that are able to keep producing after they share their energy.

Same with Israelites, their souls are like candles that can share light without diminishing their own. Their connection to the source is unbreakable.

The state of Israel always contributed to the world in the field of science and technologies in all aspects of life. It is the Milk and Honey products that provide advancements and continuation of energy in the world. The rest of the world is good in providing all the material stuff. The Israelites’ mind is closer to the light and can see better.

Going against Israel is like going against the spiritual system. No one in the history of the world could destroy Israel and no one will ever will.

The planet Saturn, שבתאי is called in the Zohar with its rearranged letters, אי שבת, meaning no Shabbat. In Astrology, its energy represents limitation, restriction, work and the Tikkun process. It is the opposite of the rest of Shabbat and easy connection to the light.

After the Final Redemption we will experience a continuous state of Shabbat. The light will be available without earning it. It is described by the sages as days of continuous Shabbat. 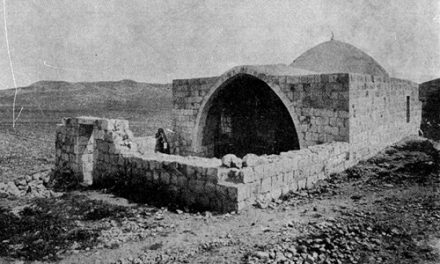