Is God male or female?

The first of the Ten Commandments says “I am your God.. there are no other Gods but me”
The second Commandment says “You shall not make any image of that is in heaven …(and everywhere)”
The first two commandments clearly state that there is only one God and we can not give it any shape or image. We should keep a pure faith in the force of YHVH (the Creator and governor of this world) who was formed by the Endless, Blessed be He for the purpose of creating the physical world and all the spiritual worlds that control it. For the creation of the world there was a need for a force, action and outcome. The upper three sefirot is the force, the following six sefirot of Zeir Anpin is the process, and the seventh, Malchut, is the outcome.

Every desire is a vessel and a female aspect, no matter if the origin is a male or female person.
The entire world, Malchut, is a female aspect. That includes every living being because without the Light force (male aspect) we have no existence.

Rabbi Shimon started the study of the Idra Raba by quoting
Deuteronomy 27:15 “אָרוּר הָאִישׁ אֲשֶׁר יַעֲשֶׂה פֶסֶל וּמַסֵּכָה תּוֹעֲבַת יְהוָה, מַעֲשֵׂה יְדֵי חָרָשׁ–וְשָׂם בַּסָּתֶר; וְעָנוּ כָל-הָעָם וְאָמְרוּ, אָמֵן”
“Cursed is the man who makes an idol or a molten image, an abomination to YHVH, the work of the hands of the craftsman, and sets it up in secret.’ And all the people shall answer and say, ‘Amen.'”

‘And sets it up in secret’ is the aspect of image of God formed in the mind. It creates spiritual corruption and because of ‘mismatch’ between the true essence of God and a limited/defined image, no matter how big or powerful it is. We are created beings and can never grasp the forces of the Creator. We may learn about his powers by studying the ways the world around us behaves, but it will be always a limited view of a human being, who has temporary state of physical existence.

In the Idra Rabbah, Rabbi Shimon was teaching great spiritual people and yet he chose to start with that curse and warning from the Torah. He didn’t want any of his students to corrupt the spiritual energy he was about to reveal.
When we study Zohar and Kabbalah we need to learn to receive the Light of the Endless through the system of the Ten Sefirot. Our faith, study, prayers and actions are the way to build vessels (female) and draw Light (male) to make unifications that bring greater Light to the world.

YHVH is everything and everywhere. There’s no image, just pure Endless Light.

.
This video explains the aspects of male and female in the YHVH name 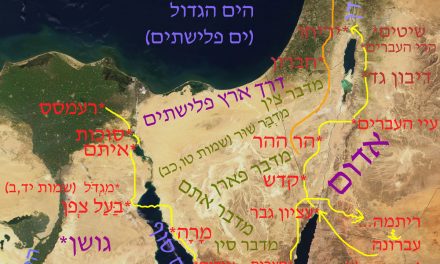