Deuteronomy 7:10
“וּמְשַׁלֵּם לְשֹׂנְאָיו אֶל-פָּנָיו, לְהַאֲבִידוֹ: לֹא יְאַחֵר לְשֹׂנְאוֹ, אֶל-פָּנָיו יְשַׁלֶּם-לוֹ.”
“and repays those who hate him to their face, so he would be lost: he will not be slack to him who hates him, he will repay him to his face.”

We studied previously that the hardship a person goes through is the effect of previous actions from this or previous lives. The pain is just an opportunity to ‘pay’ for past ‘sins’.

The rewards for good deeds is done in several ways. Those who don’t have the consciousness of earning Light for the benefit of the soul receive their rewards immediately in this world. Their ‘earnings’ go toward good things in this world and lose the possibility for immortality in the future.
Those who are pure in their consciousness and without the consciousness of the Light, receive opportunities to come closer and earn the rewards of the future. Many good people came to Kabbalah because they expressed desire to connect to the Light. Once they accept the Light in their lives their process became harder, so they can achieve greater soul cleansing and accumulate earnings for the future.
Righteous people are loved by God and get a special treatment. They are provided with a lot of opportunities to break their body consciousness and its desires for the material comfort. This process allows them to expand their vessel with greater ‘emptiness’ in this world so their soul could have greater capacity for the awesome light that would be revealed in the world to come.

Rabbi Yehuda bar Ilai, a great Tana (a spiritual level with ability to resurrect the dead), from the generation of Rabbi Shimon and a student of Rabbi Akiva, lived his life in poverty.

Once, Raban Shimon ben Gamliel decreed a day of prayer and fasting. Rabbi Yehuda was unable to attend the gathering since he had no coat to wear at that time. Raban Shimon ben Gamliel sent him a coat as a gift but Rabbi Yehuda refused to take it. Instead he lifted the mat upon which he sat and showed the messenger how underneath it lay many golden coins. He then said “See how much wealth I have but I do not wish to make use of it in This World”. Although the appearance of the gold coins under his mat was a miracle, Rabbi Yehuda bar Ilai was showing that if he desired money he could easily get it.

The great Tzadikim had better spiritual connection and elevation to understand the value of working in this world to earn the great rewards of the world to come. Even though Rabbi Shimon has the power to control the material world, he never used his abilities for personal benefits. When his father in law was surprised to see his physical condition after 12 years on the cave, Rabbi Shimon explained to him that his broken body is the reward of his Torah studies.

The Holy Ari had a shop, he opened it for a very short time just to have some income for basic living.

Rabbi Ashlag never saved money and he used to give what’s left of his earnings to Tzedakah. His consciousness was to demonstrate 100% trust in the YHVH. 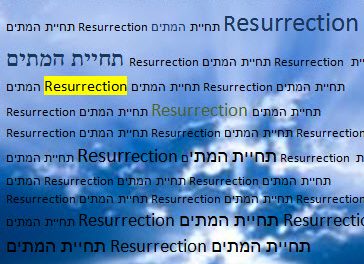