#168
When Chessed needs to come out and have control, it covers the judgment aspects in the beard. When judgments need to be expressed, they cover the aspects of Chessed in the beard.
Both aspects are needed. Chessed to bring mercy to Israel and judgments to take revenge over the enemies. For these reasons, King David desired the connection to this beard.
This secret is revealed in Psalms 118:5-9
“מִן הַמֵּצַר קָרָאתִי יָּהּ עָנָנִי בַמֶּרְחָב יָהּ.”
“I called on YH in distress (narrow place); YH answered me and set me in a broad place.”
We read these verses in the Hallel, during Rosh Chodesh and Holidays.

#169
The beard of Zeir Anpin has nine aspects of lights with 60000 hair that represent the six sefirot of Z”A. These lights spread and illuminate the body.
The six connections to these lights revealed on the two sides of the face, three of each side. There are three other areas of light in the facial hair. One is in the hair above the lips, one in the hair in the front up to the chin, and the third is the hair of the beard that spreads to the chest.
The three on the right are Chokmah, Chessed, and Netzach. The three on the Left are Binah, Gevurah, and Hod. The three in the middle are Da’at, Tiferet, and Yessod.

#170
The three in the middle beautify the face because they carry the Holy name.
Psalms 118:5 above should be translated properly as “From the ‘narrow place’ I called YH, and YH answered me in the broad place”
The ‘narrow place’ is the narrow area of the hair in front of the ears and spreads down to the ‘broad place’.

Lesson;
The nine lights from the beard of Z”A are called ‘Tikunei Dikna’, literally means nine corrections of the beard. The word correction may be confusing when it’s translated from Aramaic or Hebrew.
It is important to understand this word and its aspects.
The light that comes from the Endless needs a vessel to be revealed. When the vessel is found and the Light takes hold in the vessel, it is called ‘correction’. This root of the word ‘תיקון’ ‘Tikun’ or ‘תיקונים’ ‘Tikunim’ in the plural, is ‘תקן’, and it means ‘installation’.
In general, when we ‘correct’ something in ourselves we reveal the light related to that specific action.
The personal Tikun process is our life’s work in this world that is ‘correction’ of the broken parts of our vessel to bring the Light in.
In the commentary above, I explain the ‘correction’ as channels of light because at the time of creation the Light came from upper channels of Light (Hair) to establish and correct vessels to receive and spread the Light down the four worlds. This process was made to gradually transform the pure light of the endless into a ‘denser’ and ‘heavier’ Light that can be received by us in Malchut. Without this process, we wouldn’t be able to hold the light in our vessels.
Maybe it would be easier to understand if we imagine that we can’t light a candle directly from the sun because it would melt in an instant. 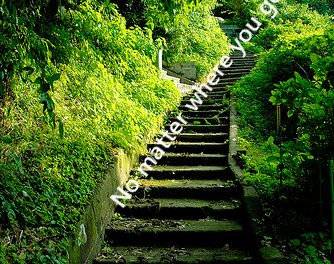