Click here to listen to the Daily Zohar [audio:https://dailyzohar.com/wp-content/uploads/audio/dz443.mp3|titles=Daily Zohar 443]

The cantillation of Zarka, which means throwing or injection, is when we elevate our words with the Shechina to connect Malchut to Binah, which is the aspect of the Shofar.
This process brings about the Segolta, which are the three dots that represent the three columns system.

Here Moses (Raaya Mehemnah), who visits Rabbi Shimon many times to support his study of the spiritual system, tells Rabbi Shimon that he is the aspect of the precious stone that is in the crown of Keter.

That precious stone is the aspect of the letter Yod, which is Keter and the seed and foundation of this world.

After leaving his parents house, seeking his future wife, Jacob came to a special place. He fell asleep and had the famous dream about angels going up and down on a ladder. He knew that this is about this special place that had a connection between upper and lower. This is the place of the future temple. That place was the Temple Mount in Jerusalem.

The stone in this verse is reference to the name YHVH with connection to the Shechina. Jacob acts as a Kabbalist and establishes a connection to draw the light. He did it by placing a pillar, מַצֵּבָה with a numerical value of 137, like the word קבלה.
Because Jacob understood the connection to the ten Sefirot, he confirmed to God that his work in Malchut will be in revealing the supernal light. In his declaration to give the tenth he let go of the Malchut part from every light he would earn. By doing that he removed the element of death and brought in the energy of life from the 9 Sefirot above.

Daniel references the stone to the name YHVH that removed the negativity and filled up the whole earth with great light. 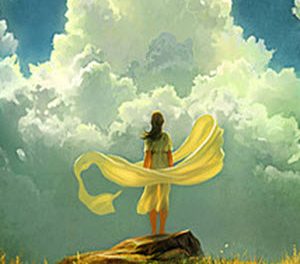