Isaiah 4:6
“וְסֻכָּה תִּהְיֶה לְצֵל-יוֹמָם, מֵחֹרֶב; וּלְמַחְסֶה, וּלְמִסְתּוֹר, מִזֶּרֶם, וּמִמָּטָר”
“And Sukkah shall be for a shadow in the day-time from the heat, and for a refuge and for a cover from storm and from rain.”

The Zohar quotes Isaiah and states that the Sukkah provides the same protection as the Noah’s Ark that provided protection from the judgments outside of the Ark. Noah was asked to bring “from all the ‘living'” “מכל החי”. The ‘living’, חי is numerically 18 for the 18 blessings in the prayer that is divided into nine for the direct light of the Sefirot from Keter to Yessod and nine for the returning Light from Yessod to Keter. Malchut doesn’t have Light of its own and the ‘life’ energy comes from the nine Sefirot above it. We reveal the upper Light in Malchut when we ‘push’ it up – restrict- and create returning Light.

The spiritual Light is revealed in a similar manner as the physical light. We can see things only when the light is directed toward an object (vessel) and the object reflects the light back. Black represents the desire for the self alone. It swallows the light but stays in the ‘darkness’. White shares everything it receives but has a great revelation of Light.

Other than preserving the wisdom of Kabbalah for future generations, Rabbi Shimon wrote the Zohar to provide support for the Shechina in exile after the destruction of the Holy Temple. The secrets that are revealed in the Zohar create a unification of upper יהוה and lower אדני to provide protection like in the Sukkah.

The Sukkah סוכה is numerically 91 as the combination of the two names יאהדונהי. I heard from Rabbi Benyahu Shemueli quoting Rabbi Shimshon of Ostropoli (http://rabbishimon.com/tzadikim/showz.php?p=shimshonostro.htm, http://en.wikipedia.org/wiki/Samson_ben_Pesah_Ostropoli) about the connection between the two names and the Ark through the measurements of the Ark.

One cubit אמה = 18 inches or 45 centimeters.
The actual measurements specified in the Torah can make a nice boat size but not a one that can hold all the animals needed to be loaded into it.

The secret of the measurements is the connection to the names of God, unifying upper and lower levels.

We multiply the value of the letters of the names with each other as in the table below to reveal the connection and protection of the Ark.

We don’t need to look for the remains of Noah’s Ark at the top of the Ararat mountains but open the books of the Zohar. When we study the Zohar we get inside of a spiritual Sukkah that connects upper and lower and protects us from judgments as if we were inside Noah’s Ark. 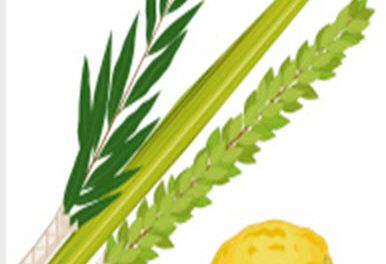