Click here to listen to the Daily Zohar [audio:https://dailyzohar.com/wp-content/uploads/audio/dz1051.mp3|titles=Daily Zohar 1051]

The sun that is the aspect of Zeir Anpin receives its energy and life from Binah that is the left column and the red color. When the sun is revealed, it receives the color white of Chessed that is the first Sefirah of Zeir Anpin (Chessed, Gevurah, Tiferet, Netzach, Hod and Yessod).

The light of the sun in this world is seen in the color of white because of its sharing energy. The moon that doesn’t have light of its own is naturally dark but it turns white when the sun gives its light to it. For that reason the moon is called in Hebrew לבנה that is the word for white, לבן and the letter ה H of Malchut. The Shechina that receives the light of Zeir Anpin is also described in Song of Songs 6:10 with the white color of the revealed sun (Light).

When Zeir Anpin gives its light to the Shechina in Malchut he changes from left column to right and becomes the central column with the green color and channels the light of mercy.

The two tablets represent the Torah that channels the light of Zeir Anpin. The Torah describes the tablets as ‘tablets of testimony’ written from one side זה with numerical value of 12 and the other side זה again as 12. The Zohar reveals to us that each side of the tablets have 12 shades of colors. Together 24, which is the number of books in the Bible that has their roots in the two tablets. 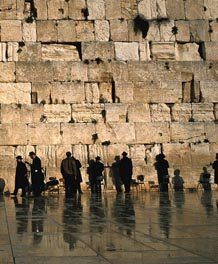