Click here to listen to the Daily Zohar [audio:https://dailyzohar.com/wp-content/uploads/audio/dz1064.mp3|titles=Daily Zohar 1064]

In this explanation the Zohar tells us that six wells came from the ‘ministers’ that are Chokmah and Binah.

Chokmah, חכמה, is read as כח מה, meaning the power of מה, which is Zeir Anpin that’s included in six Sefirot.
The first verse of the Torah has 28 letters as the numerical value of כח, ‘power’. It is the power that comes from Chokmah to Binah and empowers Zeir Anpin that is below her.
The six Sefirot of Zeir Anpin represent the process that brings the light down to this world. It is the aspect of our Tikkun and it has good and bad sides.

The well was given the name, Sitnah שִׂטְנָה. It has the word for Satan שטן and ה that gives the word the aspect of female as in ה of Malchut. The Zohar refers to it as the wife of Satan that causes the negativity in every argument and conflict.

When Isaac moved away from the place of negativity he was able to dig a well of peace. As we mentioned above, the power that allows us to dig wells of Light and peace comes from Chokmah and Binah. The Zohar tells us that this is the Kabbalah that Moses received on Mount Sinai. 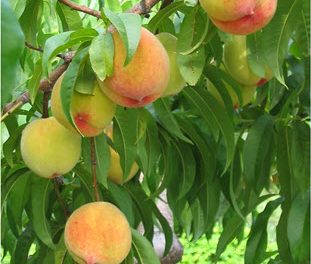 [ Download Zohar of Noach ] To apreciate and support our continuous work, tap here to
[make a donation ]