#127
The hair on the head has three types called ‘שערות’,’‘ hair’ that is the aspect of the supernal Da’at. The second type is called ‘נימין’, ‘string’ (as in musical instrument) with the aspect of Binah. The third type is called ‘קוצין’,’thorns’ with the aspect of Chokmah.
There is a path on the skull that splits the hair and receives its nourishment from Atik Yomin. It spreads to all paths of the Torah precepts.
The forces of judgments that hold in each ‘thorn’ and for that the ‘thorns’ are hard. They spread nets to catch the wicked that don’t know the ways of the Torah. As it says in Proverbs 4:19 “דֶּרֶךְ רְשָׁעִים כָּאֲפֵלָה לֹא יָדְעוּ בַּמֶּה יִכָּשֵׁלוּ.” “The way of the wicked is like darkness; They do not know what makes them stumble.”

The Tzadikim know the ways of the judgments and they chose the center path that doesn’t have judgments. Their path illuminates from the center path on the skull of Arich Anpin that illuminates the center line on the skull of Zeir Anpin.
Proverbs 4:18
“וְאֹרַח צַדִּיקִים כְּאוֹר נֹגַהּ הוֹלֵךְ וָאוֹר עַד נְכוֹן הַיּוֹם.”
“But the path of the righteous is like the shining sun, That shines ever brighter unto the perfect day.”
The 613 precepts help the person walk the middle path that doesn’t have judgments.

#128
The aspect of ‘thorns’ is found in the three types of hair that come out the three brains that represent Chokmah, Binah, and Da’at. From the middle brain that is Da’at come out the soft thorns that for them it says in Psalms 25:10 “כָּל אָרְחוֹת יְהוָה חֶסֶד וֶאֱמֶת לְנֹצְרֵי בְרִיתוֹ וְעֵדֹתָיו.” “All the paths of YHVH are mercy and truth, To such as keep His covenant and His testimonies.”

#129
From the Left-brain that is Binah come out hard thorns that carry judgments. Because it’s on the left with Gevurah, the judgments are multiplied.

#130
The third brain that is in the center includes the right and the left that is hair, strings, and thorns. The thorns in the middle come from the brain of Da’at. They receive from the aspect of Chokmah of Malchut that is mitigated with Chassadim. They are called illuminated face when they are connected to the center, Da’at, and non-illuminated face when they are connected to Malchut.

#131
The study of this paragraph will be In the next DZ because it starts a new study of the forehead of Zeir Anpin. 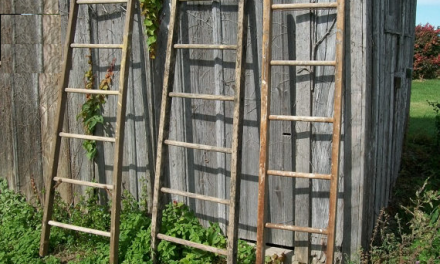 Daily Zohar # 1972 – Vayetze – Use the head to connect your head to the head and protect the head.