No Hebrew translations for this Zohar

#146
Isaiah 41:27
“רִאשׁוֹן לְצִיּוֹן הִנֵּה הִנָּם וְלִירוּשָׁלַ‍ִם מְבַשֵּׂר אֶתֵּן.”
“The first to Zion, ‘Look, there they are!’ And I will give to Jerusalem one who announces good tidings.”

The letter ‘א’ (Alef) is the first letter and it conceals all the unknown. The word ‘ראשון’ ‘first’ defines the Alef as the first and has the aspect of male. When the Alef appears in the place that is called ‘ראשית’ ‘beginning’, it is revealed and illuminates that place.
‘ראשית’ that appears without the ‘א’ as ‘רשית’ has the aspect of female, Malchut but without the unification with the ‘beginning’ and the Light of the ‘א’. If it had the connection to the ‘א’ and it conceales Light, it would maintain constant unification.
“The first to Zion” means that the ‘א’ will shine in ‘Zion’ that is the inner Light of Malchut.

#147
The nose of Zeir Anpin is the center and foundation of the ‘face’, in which the whole face is recognized. This nose is not like the nose of Atika Kadisha that is most concealed. The nose of Atika is life of life, and from its two nostrils come out spirits of life to all.
On the nose of Zeir Anpin it says (Psalms 18:9) “עָלָה עָשָׁן בְּאַפּוֹ וְאֵשׁ מִפִּיו תֹּאכֵל גֶּחָלִים בָּעֲרוּ מִמֶּנּוּ” “Smoke went up from His nostrils, And devouring fire from His mouth; Coals were kindled by it.”
Atika is complete purity but in Zeir Anpin we begin to see the aspect of judgment. The smoke from the nostrils includes all colors, which is the sefirot of Zeir Anpin, but it has some aspects of judgments.

Lesson;
The word ‘ראשון’ begins with the three letters ‘ראש’ that means ‘head’. The ‘א’ is the first letter of Torah but it conceals in the letter ב of בראשית ‘In the Beginning’. The 42 letters of the Ana B’Choach that start with the letter ‘א’ derived from the first 42 letters of the Torah.
Follow the video studies of the Tree of Life to learn how the world was created and how the letters and their forces formed in the created world. 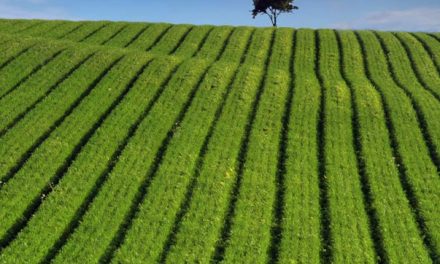